Once again, a famous star has proved that Age is just a number. In Greg Berzinsky, it is not the odd number of an age gap between his partner and him. It is about the age at which he started to become a model. Yes, he is 59 years old and is making his way in the fashion industry. He is best know for his marvelous shiny beard. Therefore Greg is a brand ambassador of Beardbrand.

Not only that, but Berzinksy also has that bulky body. A source revealed that during his early childhood, he was nothing like he is now. This handsome used to be lean, thin, and in the present context, he is precisely the opposite. It might not come as a surprise that this Beardman is a source of inspiration to many. Let’s have a look at some quick facts;

This brilliant model is originally from Pennsylvania. He was raised up in a rural suburb outside of Johnstown. It is not a farm to some typical white picket fence. It was a coal village, and his father worked rigorously in a local mill. At that time, Greg’s family was a local, working-class, blue-collar family.

Also, his parents were very vocal and a bit animated. Even more, his father was Polish for a while; his mother was a Russian. Berzinksy was raised in a cultural diversification. His parents were the immigrants of Ellis Island around the 1910s. 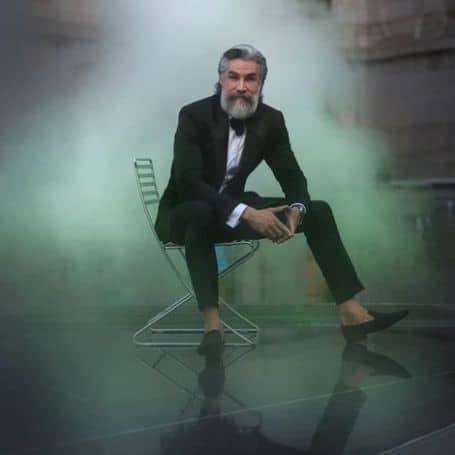 Being a model, this handsome man stands tall at the height of 6 feet 3 inches. Greg had a bodyweight of 138 pounds in his youth, and now it has increased to 197 pounds. He is more than happy and satisfied with himself. His white skin complexion tends to compliment whatever he is wearing.

Moreover, Berzinksy has long grey hair and a pair of attractive green eyes. This 6 feet 3 inches tall model has also inked some part of his body but does not own any piercing in his body. Furthermore, this American model hails from white ethnicity.

Since Greg was a kid, he was the sensitive one in her neighborhood. That is the reason why he was often picked on.  As he was lean and lanky, most of the kids used to bully him. Hence, Bullying has become a subject close to his heart, and he has a soft corner for the little guys.

One of the best memories Berzinsky carries as a child is that he uses to got and watch other kids playing along with his father in little league. That time one of the other kid’s father came towards them and asked his father, “Why doesn’t Greg playing basketball?”

His father was raised in the 50s, where the hypermasculine body used to play sports. Durig that he simply replied, “He can play the trombone well and is good at art.” Talking about which, Berzinksy was keen on designing. One time, a counselor suggested him take it as a career.

However, a secret tradition ran in Berzinsky’s family that they will never be going to work with hands. Both of his parents were undergraduate. His beloved father left college at the age of 16 to take care of his mother and sisters. Soon his father lost her mother, and there was no one to take care of them.

That is the time when his father decided to educate his child in the future. Luckily Greg was blessed to finish school, go to college, and get work. When he was in college, Berzinsky realized that there were different sorts of people in his class, and some of them were not even from working-class families.

It happens to be the first time Greg saw people different from him. During that period, he knew he wanted to be an architect and finished his degree in five years.

As soon as Greg competed for his study, he was recruited by an architecture firm in Philadelphia. At first, he was very anxious to tell his family, but surprisingly they were happy to know it. The admired the idea of him living in the big city and doing something for his life,

In the mid-40s, Berzinsky got conscious of his look. He remembered the time when he was 6 feet 3 inches and weighed only 138 pounds. This 59 years old model used to look after his dad and thought it was genetic. Greg really wanted to have a bulky body and wanted to be attractive. But as thinness ran in the family, he felt it was impossible.

In addition to this, he started growing his beard to the fullest. It was a kind of experiment for him. Soon the beard started growing, and Greg used to trim it. Later the hair started growing thicker. The color of the beard was grey, but he felt more young and confident. Greg said in an Interview,

“In spite of praying for something in life, you have to do something about it. With a beard, it just isn’t your time yet. Rock what you can while you’re growing. You don’t need to have a full beard to be part of the community. You can have a mustache or just some chops, and we still love every strand of hair you have.”

Along with being the brand ambassador for the Beard brand, he models for several big brands. He is always spending time in photoshoots, brand endorsements, and other ventures. But he denies taking any nude pictures.

Who Is The Wife of Greg Berzinsky? Is he Married?

This architect fell in love with Mary from the first time he had seen her in a Christmas friend. Thanks to an anonymous friend who introduced both, they fell for each other instantly. However, during his youth, Greg lacked confidence.

Some of the bullyings was getting on his way into adulthood. He felt that “When you’re not perceived as a “real man,” and the bullies highlight that. You begin to question your masculinity. The biggest timidity he took with him was the feedback he received from his weight. “

But when looking at the love of his life, Greg gathered some courage and asked her out. After some years of dating, they walked down the aisle. The couple has been together for 27 years, and their admiration and respect for each other has not decreased a bit. 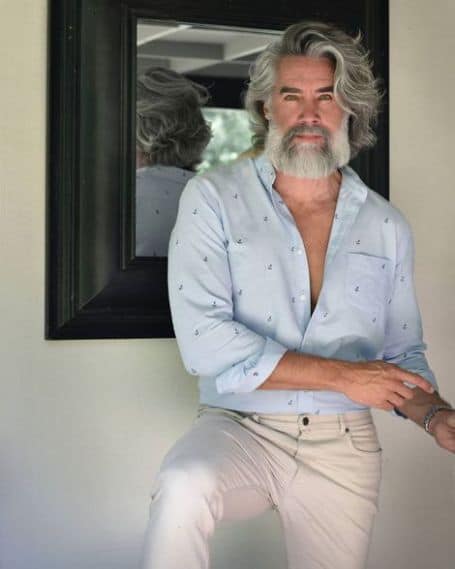 Greg Berzinsky sits on a net worth of $1 million to $5 million.

In 2020 this handsome man sits on a jaw-dropping net worth $1 million to $5 million. Not to mention Greg is also an architect who is making extra bucks from his profession too. There is no denying that this hottie is living a lavish lifestyle.

Blessed with amazing beauty, this American actress and model, Danielle Rose Russell, began to rule the modern film industry in a short period of...
Read more

The British Lingerie and glamour model Rhian Sugden is famous for her appearance in a documentary titled 'Glamour Girls' on BBC 3. She workes...
Read more